HashMaps are great. And fast. Well, fast most of the time. If you keep growing them, you'll get elevator music every once in a while. Then they go fast again. For a while.

Wouldn't it be nice if HashMaps didn't stall your code even when they were resizing?

Some background: As those of you who have read my various past rants may have noticed, I spend a lot of my time thinking about the behavior of {latency, response-time, reaction-time}. In addition to trying to better understand or teach about the behavior (with monitoring and measurement tools like HdrHistogram, LatencyUtils, and jHiccup), I actually work on things that try to improve bad behavior. For some definitions of "improve" and "bad". Eliminating pausing behavior in GC was the lowest hanging fruit, but more recent work has focused on eliminating pauses due to other things that stand out once those pesky GC blips are gone. Things like at-market-open deoptimzations. Things like lock deflation, lock de-biasing, class unloading, weak reference processing, and all sorts of TTSP (time to safepoint) issues. I've also learned a lot about how to bring down Linux's contribution to latency spikes. 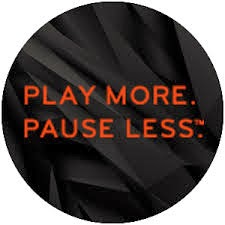 But the JVM and the OS are not the only things that cause latency spikes. Sometimes it's your code, and the code is doing something "spiky". In my day job, I keep running into in actual, real-world low latency system code that is typically super-fast, but occasionally spikes in actual work latency due to some rare but huge piece of work that needs to be done. This is most often associated with some state accumulation. Once we eliminate GC pauses (which tend to dominate latency spikes, but also tend to simply disappear when Zing is applied), we get to see the things that were hiding in the GC noise. We often run into "nice" patterns of growing latency spikes at growing intervals, with a near-perfect doubling in both magnitude and interval between the spikes. This happens so often that we've studied the common causes, and (by far) the most common culprits seem to be HashMaps. The kind used to accumulate something during the day, and which resize in powers-of-two steps as a result.

I've had "build a Pauseless HashMap" on my weekend project list for over a year now, but finally got around to actually building it (at the request of a friend on the mechanical sympathy group). There are probably at least 17 ways to skin a HashMap so it won't stall puts and gets when it resizes, but this is my simple take on it:

Keep in mind that (so far) this is a "probably-working draft" that's gone through some bench testing, but is not yet battle hardened (scrutiny is welcome).

I intentionally based this version on Apache Harmony's version of HashMap, and not on OpenJDK's, in order to make it available without GPLv2 license restrictions (for those who may want to include it in non-GPL products). The background resizing concept itself is simple, and can be applied just as easily to the OpenJDK version (e.g. if some future Java SE version wants to use it). You can use (https://svn.apache.org/repos/asf/harmony/enhanced/java/trunk/classlib/modules/luni/src/main/java/java/util/HashMap.java) as a baseline comparison for the code I started with.

This is also a classic example of how GC makes this sort of concurrent programming thing both fast and simple. This is a classic case of an asymmetric speed need between two concurrent actors that share mutable state. I worked hard to make the fast path get() and put() cheap, and managed (I think) to not even use volatiles in the fast path. In doing this, I shifted all the cost I could think of to the background work, where latency doesn't matter nearly as much. This sort of trick would be much harder (or slower) to do if GC wasn't there to safely pick up the junk behind us, as it would (invariably, I think) add a need for additional synchronizing work in the fast path.