What sort of allocation rates can servers handle? 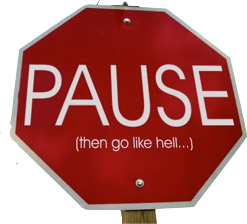 First, a side note: This blog entry is a [nearly verbatim] copy of a posting I made on the Mechanical Sympathy Google Group. I'm lazy. But I recycle. So I think of that as a net positive.

The discussion in question actually started from a question about what a good choice of hardware for running a low latency application may looks like these days, but then evolved into other subjects (as many of the best discussions on the group do), one of which was allocation rates.

Several smart and experienced people on the group chimed in and shared their hard earned wisdom, a lot of which came down to recommendations like "keep your allocation rates low", and "reducing allocation rates is one of the best tools to improve application behavior/performance". Specific numbers were cited (e.g. "My current threshold ... is ~300-400MB/sec").

This made that big "Java applications work hard to use less than 5% of today's toy server capabilities" chip I carry on my shoulder itch. I decided to scratch the itch by pointing out that one thing (and one thing only) is making people work hard to keep their apps within those silly limits: It's all about GC Pauses.

To support my claim, I went on a trivial math spree to show that even today's "toy" commodity servers can easily accommodate a rate of allocation 50x higher than the levels people try and contain their applications within, and that the only bad thing about a higher allocation rate is higher pause artifacts. In the poor systems that have those pause artifacts, of course....

The rest of the below is the actual posting:

These "keep allocation rates down to 640KB/sec" (oh, right, you said 300MB/sec) guidelines are purely driven by GC pausing behavior. Nothing else.

Kirk (and others) are absolutely right to look for such limits when pausing GCs are used. But the *only* thing that makes allocation rates a challenge in todays Java/.NET (and other GC based) systems is GC pauses. All else (various resources spent or wasted) falls away with simple mechanical sympathy math. Moore's law is alive and well (for now). And hardware-related sustainable allocation rate follows it nicely. 20+GB/sec is a very practical level on current systems when pauses are not an issue. And yes, that's 50x the level at which people seem to "tune" for by crippling their code or their engineers...

Here is some basic mechanical sympathy driven math about sustainable allocation rates (based mostly on Xeons):

1.1 From a CPU speed perspective:

1.2 From a cache perspective:
1.3 From a memory bandwidth point of view:
1.4 From a GC *work* perspective:
allocation_rate / (heap_size - live_set_size)

2. From a GC pause perspective:
2.2 For the newgen parts of collector:

When pauses are not there to worry about, sustaining many GB/sec of allocation is a walk in the park on today's cheap, commodity servers. It's pauses, and only pauses, that make people work so hard to fit their applications in a budget that is 50x smaller than what the hardware can accommodate. People that do this do it for good reason. But it's too bad they have to shoulder the responsibility for badly behaving garbage collectors. When they can choose (and there is a choice) to use collectors that don't pause, the pressure to keep allocation rates down changes, moving the "this is too much" lines up by more than an order of magnitude.